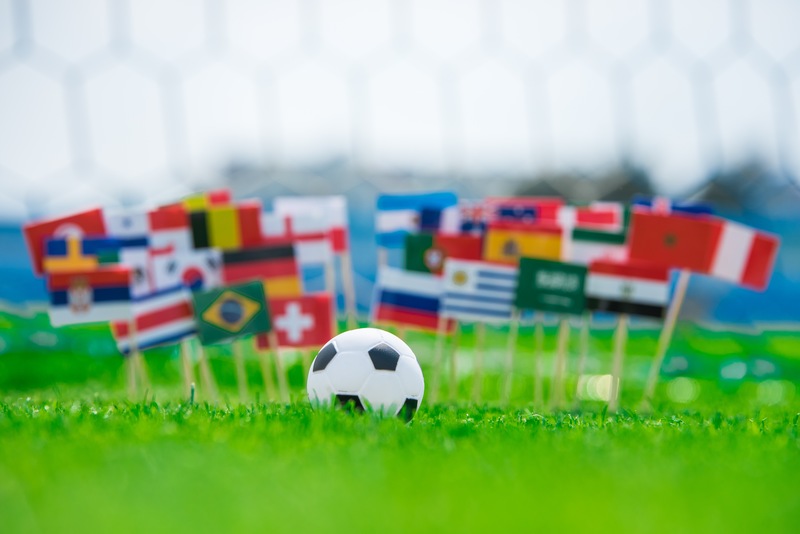 Every four years, soccer fans across the globe get a chance to indulge in their favorite pastime in a big way—the FIFA World Cup.

It’s about that time again—and in honor of the upcoming event, we’re taking a closer look at the Cup: from the teams to the music to the best ways to enjoy the action, right from home. Take a look!

At the heart of every World Cup is the famous match ball, a specially-designed ball that can’t be missed on the field (and often becomes a favorite of fans the world over). This year is no different: The Adidas Telstar 18 features a notably tech-y design, with grayscale pixelated patches. There’s even an NFC chip inside the ball, a way for consumers to access interactive content via their smartphone.

This Telstar follows in a grand tradition of technology before it—in fact, the 1970 Telstar was the very first to use that classic black-and-white patch design we now see as commonplace for soccer ball design! The design was picked up to give international audiences a clear way to spot the ball on TV, especially since many people were seeing the event in black and white.

Another big part of the World Cup is, naturally, the uniforms—kits that shine in national colors and one-of-a-kind designs. A few can’t help but stand out, such as Japan’s jerseys, whose shiny, dark blue design, complemented by light blue stripes, embodies the look of old samurai armor. Belgium’s uniform is another notable look, defined by a unique red, black and yellow argyle pattern first worn by the country’s Euro team in 1984. Finally, the graphic, electric-green look sported by Nigeria is another design that’s sure to “wow” during the Cup.

We’ve come to expect a song from every World Cup—each with the purpose of inspiring teams and spectators alike, and drumming up excitement for the event ahead. This year’s song, “Live It Up” featuring Nicky Jam, Will Smith and Era Isterefi, definitely does the trick. The fast-tempo song reflects the now-or-never nature of the World Cup as well as the power of teamwork—all in all, an apropos tune!

The best way to watch

Hosting a World Cup viewing party… or two, or three? As you watch your team (hopefully) fight to the finish, you can’t go wrong with a few essentials: face paint and flags for passionate décor, as well as country-inspired eats for calming those game day nerves. Try the signature snacks of your favorite team’s country—like the sweet, chocolatey brigadeiro of Brazil or bratwurst for cheering on the German team, the returning champs.

We hope today’s look at the World Cup helps get you ready for the weeks ahead! In the meantime, we here at Squadra want to know—who will you be rooting for this summer?